The Reverend Frederick Granville May was Rector of Cardynham from 1900. He and his wife Kate (nee Archer) lived in the Rectory, now demolished, with their two sons Paul and Thomas, and daughter Grace, along with several servants. His two sons were tragically killed during the Great War, after which Frederick’s mental and physical health deteriorated significantly. He struggled on as Rector for several more years before delivering his last service in St Meubred’s Church on 26th April 1923 and moving to Tuckenhay in South Devon. Frederick is buried in Cardynham Cemetery close to the War Memorial. 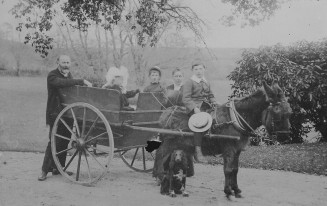 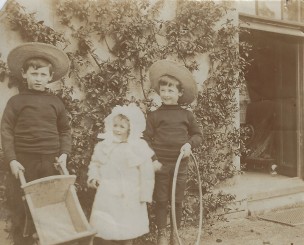 An interesting summary of Rev Frederick May’s life whilst in our Parish has been written by his grandson, the oldest son of Grace, Thomas Tyler. Tom was a Parish Priest in the South of England and the Soloman Islands before his formal retirement in 2004. He has subsequently written 16 books one of which “Two Families and the Great War”, published by the Lavenham Press in 2017, ISBN 978-0-9567463-3-7, includes an account of the May family’s time in Cardynham and subsequently of Grace’s years thereafter. 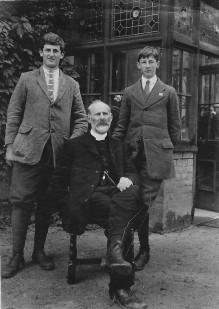 After leaving Cardynham, Grace spent many happy years in Devon before marrying Oliver Tyler in 1938. Some of Grace’s early memories of her time in Cornwall were captured in the pamphlet “A Miscellany of Cornish Memories” by her second son Paul Tyler (now Baron Tyler of Linkinhorne), who was Liberal MP for North Cornwall for many years. As well as sons Tom and Paul, Grace had a daughter Katherine who was a nurse before emigrating to Canada, and another son John who also became a Priest with ministries mainly in country Parishes in Somerset. Grace died in 2001 at the age of 100, currently succeeded by about 28 great grandchildren from her four children!